The Report is prepared in accordance with the requirements of the Disclosure and Transparency Rules Instrument 2014 ”Report on payments to governments“, issued by the Financial Conduct Authority.

Nordgold paid US$116 million in taxes, dividends and payments for infrastructure improvements to the governments in the countries in which it has mines in operation, namely Burkina-Faso, Guinea, Russia and Kazakhstan.

This amount paid by Nordgold is supplemented by other significant contributions to the countries. In the year ended 31 December 2015, Nordgold’s total economic contributions amounted to US$576.8 million and included total payments to governments of US$116 million, employee expenses of US$174.6 million, returns to shareholders of US$87.8 million through dividends (US$58.5 million) and share buybacks (US$29.3 million), community contributions of US$1.8 million and US$196.3 million invested into the development of its operations and growth projects (see below).

“I am pleased to present our first Report on Payments to Governments, which provides a good snapshot of the significant contribution our business makes to the countries in which we operate. We firmly believe in the significant long term benefits a strong mining operation can bring to its stakeholders. Our ambition is always to be the very best employer we can be, look after our employees, and be a genuine contributor to the countries in which we operate. It is only by being a responsible operator that we can build long term relations with our host communities and in turn, generate long term sustainable value for our stakeholders.” Nikolai ZelenskiChief Executive Officer of Nordgold 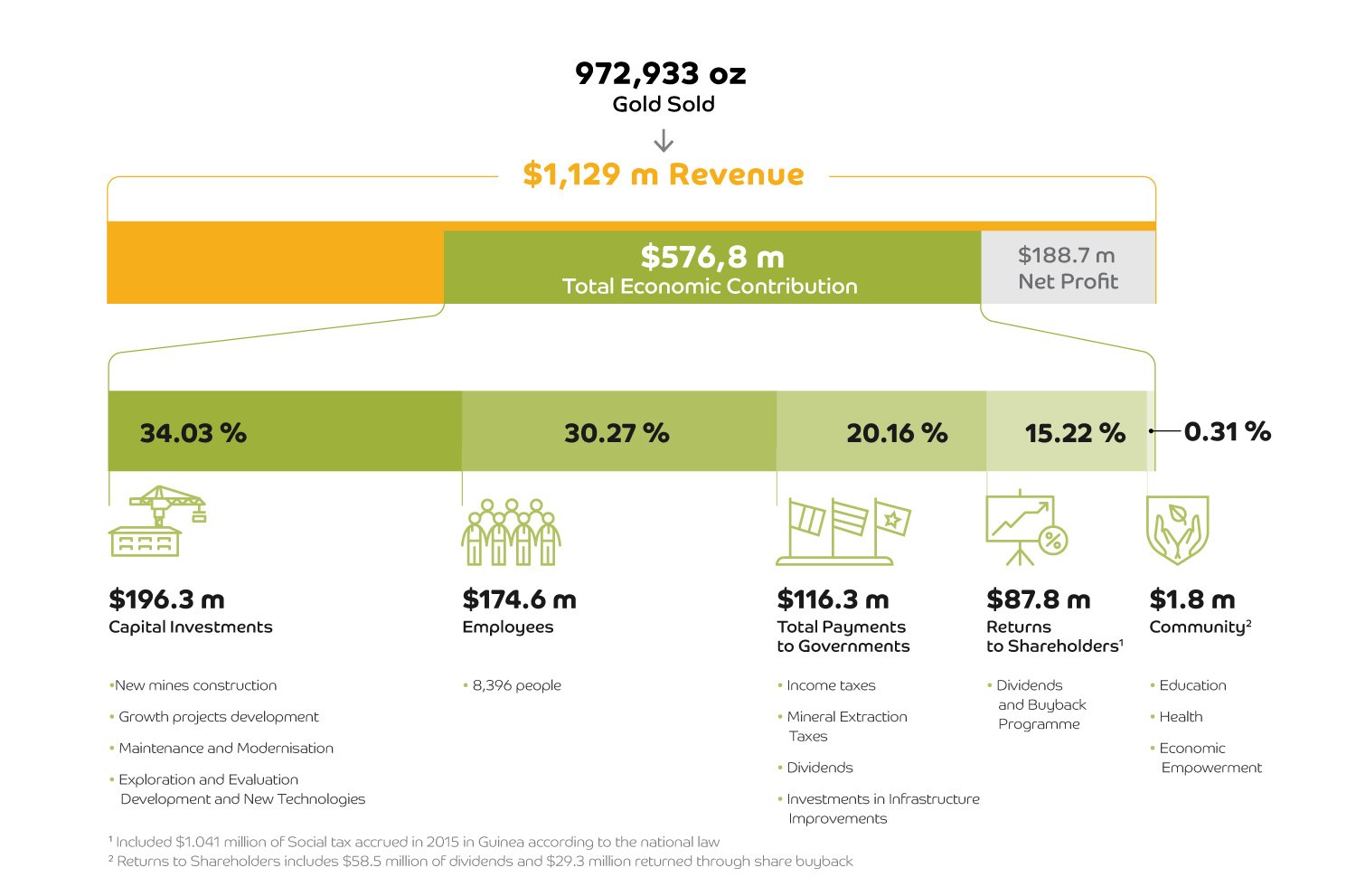 Nordgold (LSE: NORD) is an internationally diversified low-cost gold producer established in 2007 and publicly traded on the London Stock Exchange. Nordgold has a proven track record of operational excellence and benefits from a significant international development pipeline. The Company is relentlessly focused on shareholder value, committed to running safe, efficient, profitable operations, which enable it to generate strong cash flows and in turn, continue to invest in its pipeline of new growth opportunities while generating returns for investors. In 2015, Nordgold produced 950 thousand ounces of gold with all-in sustaining costs of US$793 per ounce, maintaining its position at the lower end of the global cost curve.