Nordgold updates on ESG initiatives in the Gross Region

London, United Kingdom, 02 February 2022 — Nordgold’s flagship Gross mine contributed over 35 million rubles (around US$500,000) towards the development of the remote region of the Republic of Sakha (Yakutia) in 2021 supporting a number of environmental and charitable projects along with wider social development initiatives.

Nordgold has successfully built an established position in the Gross Region within the Olekminsk District of Yakutia, which includes the Gross and Taborny mines, as well as the Tokko development project. Nordgold is a significant financial contributor to the regions where we operate, through the payment of taxes and royalties, job creation, as well as providing funds to support environmental and social development projects.

"ESG plays an important part in every decision that we make at Nordgold and I am delighted to share such a wide range of initiatives the Gross mine has helped to support in 2021. From tackling deforestation to helping with supply of vital goods to remote villages, we have emphasised our commitment to our local communities once again.

«Each Nordgold mine follows a consultation framework with its host communities to allow for collaborative and ongoing engagement. We will continue to work with Olekminsk District and Tyanya National Nasleg to identify the specific needs of the communities and fund projects that help local people. We look forward to continuing our support through new and existing initiatives during 2022 and beyond."

"We are delighted to see the cooperation between Olekminsk District and Nordgold grow year after year. We hope that our close collaboration remains fruitful and has a positive impact on people’s lives in Tyanya National Nasleg and Olekminsk District. Nordgold’s support is of great significance to the region. In addition to a number of large-scale projects, the mine is also planning to support the construction of a year-round road connecting four villages in the region: Dapparay—Tokko—Byas-Kyuyol—Tyanya. The Gross mine will continue its support to the local communities through the construction of a new outpatient clinic in Tyanya National Nasleg complementing the existing support Nordgold has provided for medical facilities in the region, such as repairing an obstetric facility."

During 2021, the Gross mine entered into cooperation agreements with the Olekminsk District, the Evenk indigenous community Tyanya National Nasleg and Tyanya nomadic tribal community, which enabled Nordgold to allocate 9 million rubles to those districts.

The funds were used to build and repair social facilities and housing, renovate town squares and roads, hold cultural, sporting, and recreational events, and purchase machinery and vehicles to help support the needs of the local communities. The Tyanya nomadic tribal community, for example, used the funds to purchase food, fuel, and lubricants for reindeer herders.

In May 2021, the Gross mine supported a project that aims to connect five remote villages in the Olekminsk District to high-speed internet. The mine allocated 3 million rubles for this important initiative and plans to provide another 5 million rubles in 2022. The initiative requires a 239-kilometer-long fiber-optic communication line which will provide 21 socially significant facilities with high-speed internet, including obstetric facilities, district hospitals, kindergartens, schools, and district administrations. The project is expected to be completed over the next few years. 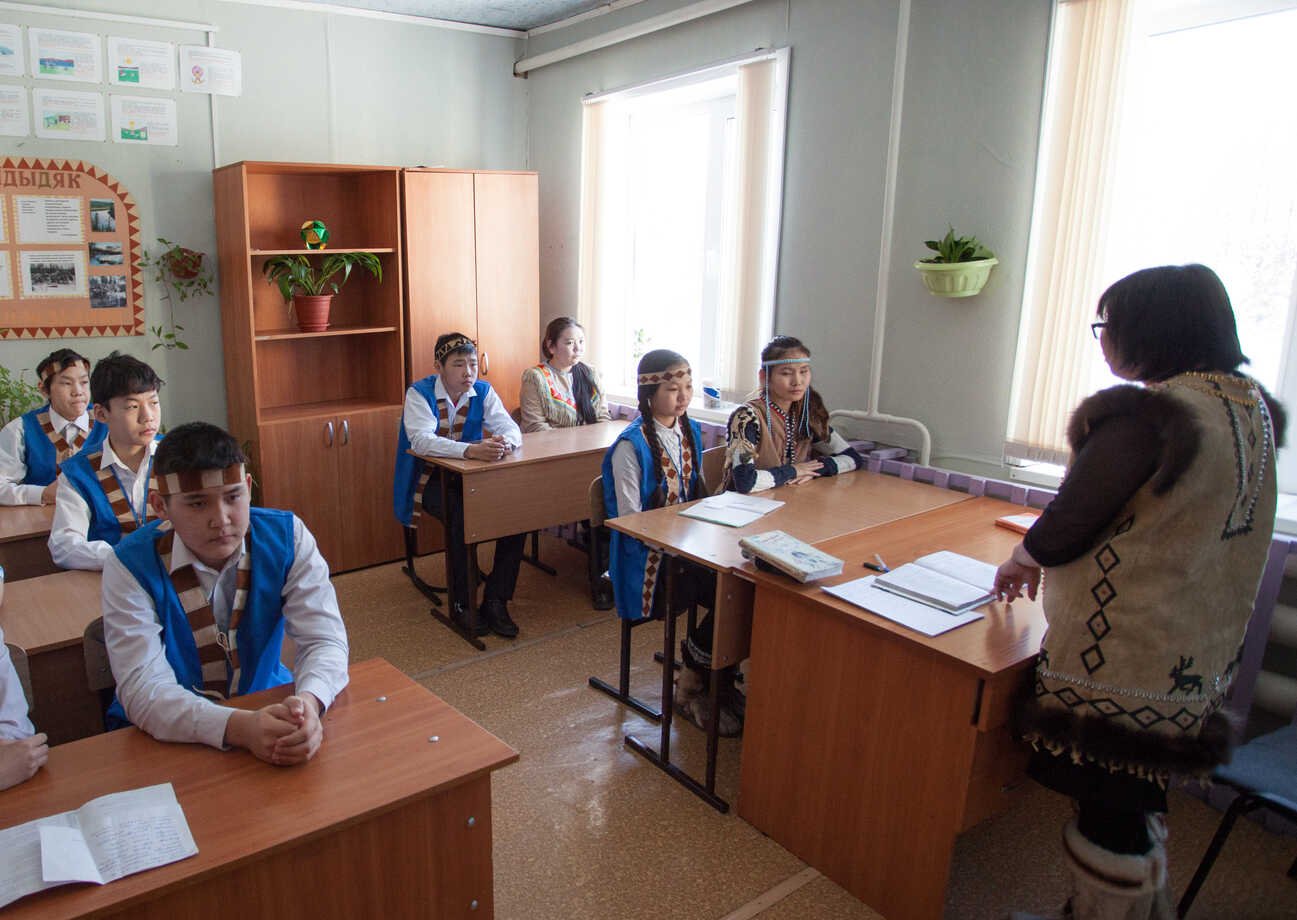 As part of Nordgold’s wider ESG programme, the Institute of Ecology and Evolution of the Russian Academy of Sciences conducted a biodiversity assessment in the Gross Region in 2021. The results will be used to create a new Biodiversity Management Plan and an online Biodiversity Map. Field research and processing of the obtained information resulted in a detailed report on the current state of flora and fauna around the Gross Region. 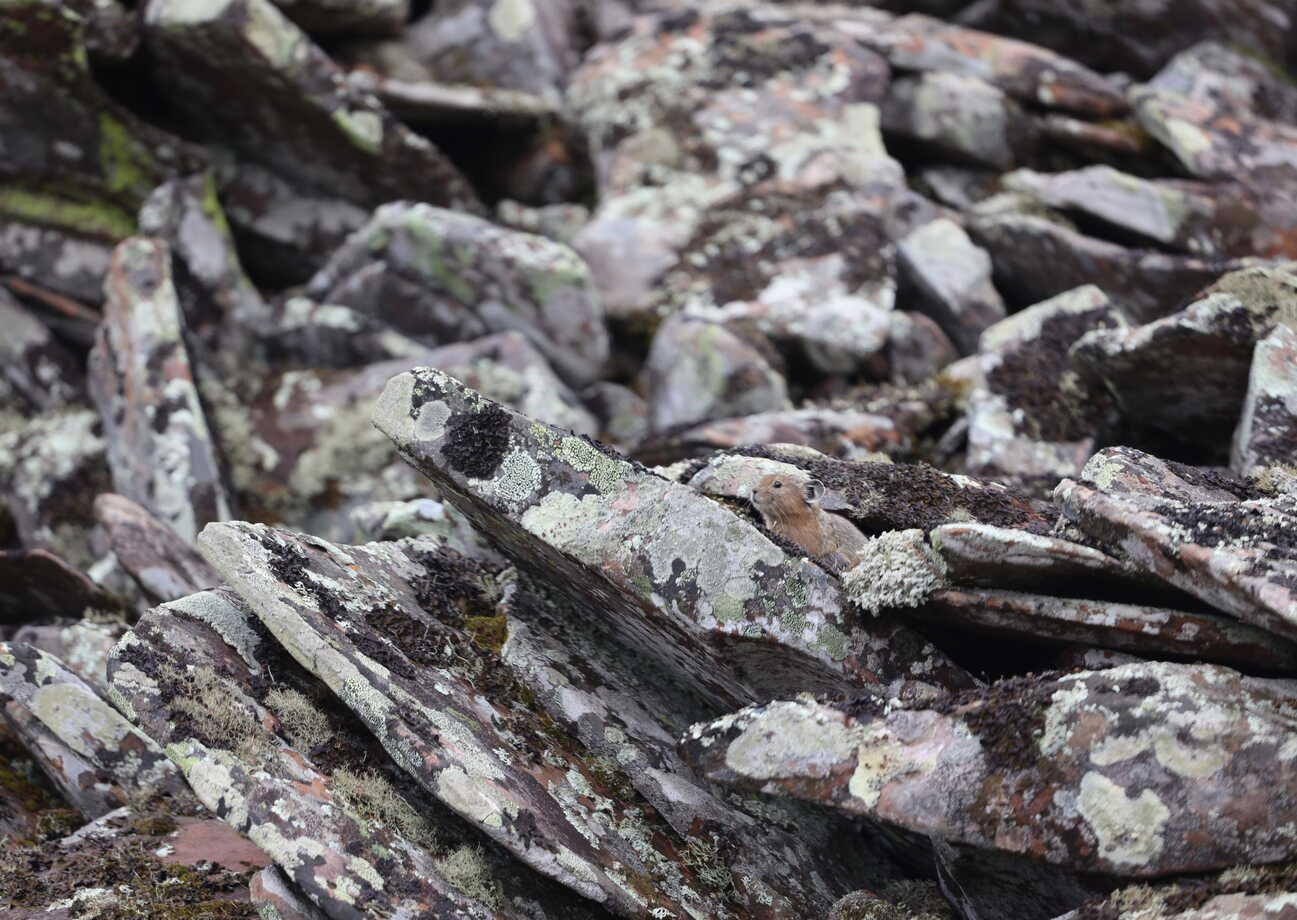 In the summer of 2021, as part of Gross’s conservation efforts, over 400 thousand young peled, a freshwater fish, were released into the Vilyuy Reservoir in Yakutia. Gross has invested over 1 million rubles in this important environmental project, which aims to restore the peled population and improve the condition of local water systems.

Similarly, Nordgold allocated 19 million rubles to support its important reforestation initiative, allowing for the plantation of almost 50,000 Scots pine seedlings in an area covering 100 hectares in Yakutia’s Nyuisky forest district, which was severely damaged by fires in 2008. It is anticipated that the area will once again be covered in forest by 2027 and Gross will help to plant trees across more than 200 hectares of burnt areas and wastelands in Yakutia in 2021/22. 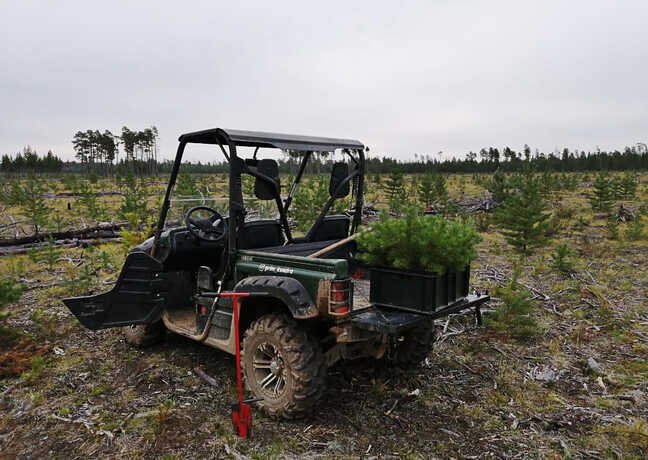 Nordgold allocated 1 million rubles in 2021 to help the Olekminsk District and the Yakutia Volunteer Center prevent and suppress wildfires. Droughts across the Republic of Sakha led to disastrous wildfires across over 4 million hectares. The Company’s financial support has helped authorities to purchase backpack fire extinguishers, motor pumps, fire hoses, and other firefighting equipment, helping to protect these regions from being destroyed once again.

Nordgold arranged MI-2 helicopter flights to help support the residents of Tyanya and Kudu-Kyuyol, which had been cut off from the supply of vital goods after Yakutia’s inland waterways, the normal supply routes, were blocked. The Company’s intervention allowed for the delivery of financial and medical supplies, including vital drugs and coronavirus vaccines, to the more than 800 people who make up these communities.

During the year, the Gross cluster continued its decade-long support for the Specialised Children’s Home for Social Services, which houses 143 children who require ongoing medical treatment, rehabilitation, and comprehensive care.

The Gross Region is a highly prospective region in Yakutia, Russia, which includes Nordgold’s current largest mine Gross, as well as the Taborny mine and the Tokko project. The Region supports more than 2,000 jobs.

Nordgold intends to successfully complete two near-term initiatives in the Region: the expansion of Gross mine and the development of the Tokko project and continue exploration activities in the region aiming to discover new prospect deposits.

Nordgold is an internationally diversified one million ounce gold producer with about 7,800 people operating a portfolio of nine mines (in Burkina Faso, Guinea, Russia and Kazakhstan) and a number of development and exploration projects in West Africa, Eurasia and the Americas. Since its foundation in 2007, Nordgold has established a global reputation as a leading developer of tier one gold mining assets with a proven commitment to community engagement, sustainability, efficiency and operating in an environmentally responsible manner. Since 2013, Nordgold has successfully constructed three gold mines, including two in Burkina Faso (Bouly and Bissa) and most recently, the Gross mine in Russia.